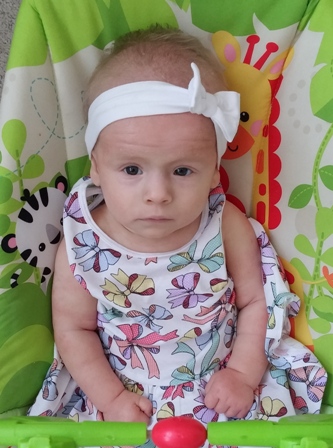 I, my wife Beata and our daughter Liliana live in Warsaw, the capital of Poland. Until a year ago we led normal family life. We got married in 2013, had plans for the future and, of course, wanted to have children.

So you can imagine how happy we were when our baby-girl, Liliana (Lila), was born almost two years ago.

At the beginning everything seemed perfectly fine. Despite small body build and acute seborrheic dermatitis, for the first few months she developed normally. Maybe a bit slower than her peers, but doctors who we consulted reassured us, saying that “each child is different” and “she has plenty of time to catch up”.

Then, shortly before her 1st birthday, we noticed that Lila had stopped developing and, what’s worse, started to “lose” her skills. She didn’t want to sit or play using her hands. Tension in her arms and legs increased, while in her torso it became weaker and Liliana had problems even with controlling her head. She also seemed sad, weepy and “absent”.

This time, a neurologist who we consulted referred us immediately to children’s hospital in Warsaw for various tests. Most of them were more or less correct, but, unfortunately, MRI showed that myelin in Liliana’s brain (part of brain which is responsible i.a. for moving and speaking) is much thinner than it should be (like in 5-6-month-old baby). Doctors weren’t sure if it had stopped developing or had been destroyed by something.

We were lucky enough to be under the care of renowned Polish neurologists, who, after a series of additional tests, suggested it was an autoimmune brain inflammation. We were partially relieved, since this disease is, if not curable, at least treatable. A ray of hope appeared… We thought that after a few months we would see our little Princess crawling, playing and babbling like other kids at her age…

Unfortunately, subsequent infusions of steroids and immunoglobulins didn’t bring expected recovery. It was better – for a short while, and then everything came back. Doctors seemed disappointed: they hoped she would improve much faster. The second MRI, which was performed at the beginning of August, exhibited no change: the myelin in Lila’s brain had not developed and so the treatment had been vain.

We were devastated. Worse still, Polish doctors said that the previous diagnosis had been wrong and suggested performing broad-scope genetic tests (basic ones did not show anything), not telling us what they suspected. Meanwhile I started corresponding with renowned neurologists from all around the world, asking if they could suggest what disease it could be.

It was when we first heard the name “Aicardi-Goutieres Syndrome” (AGS).

Some doctors, only on the basis of the description of symptoms, suggested it could be that. Apparently, Polish specialists had the same idea… In short, AGS is a very rare, acute and still unknown genetic disease, which affects physical and mental development. In the world there are currently no more than 300 diagnosed cases. In Poland, there is none… And needless to say, there is yet no approved treatment method…

How is Lila at the moment? Not much different than at the outbreak of the disease. She doesn’t sit on her own, play or babble. She has problems with controlling her head, eating (due to muscle tension) and even moving – and so she is fully dependent on us.

We have already had genetic tests done (they will show whether it is AGS or, if not, what it is), yet we will know the results in 2-3 months. We are doing what we have been doing so far: intensive physiotherapy, visiting neurologists, dieticians, speech therapists, etc. And we are doing much more: looking for medical centres and specialists around the world who do research into AGS in search of treatment methods. We know that there are some trials in Philadelphia (the USA) and Paris (France).

We have also got in touch with doctors from Italy, Netherlands and the UK).

Unfortunately, diagnosing and, hopefully, treating abroad is horribly expensive. In Poland it is not cheap, either (genetic tests, medical consultations, private physiotherapy and necessary supportive equipment), but we have managed so far. Yet, now we know that our expenses may rise several times: foreign travels, hospital charges, accommodation during consultations/treatment in other countries are much much higher than in Poland… We are aware that our savings will not be enough…

Without your help there’s no hope for our little daughter. That’s why I would like to ask you for support with even the smallest sums. You can pay them to the account of the foundation, which takes care of Liliana:

Together we can do it!

Thank you very much in advance for your help!!!

You can help Liliana by making a payment to the account:

You can also help Liliana by making a payment by DOTPAY: 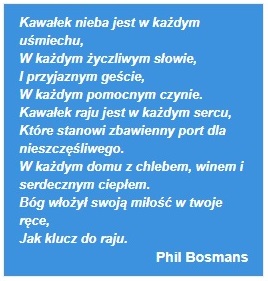